Powersoccer is an exciting sport played by individuals with many different types of disabilities. Anyone who uses a power wheelchair is eligible to play. Our sport has been played since the late '70s and is currently being played here in BC, Quebec, the United States, Brazil, Australia, Europe and Asia.

Players use powerchairs equipped with footguards to manoeuvre a 13-inch soccer ball around other players with the objective of scoring the most goals to win the game. The sport is played in a gymnasium. Each team is allowed 4 players on the court at one time including the goalkeeper.

- learn about teamwork and leadership

- Play recreationally and/ or competitively 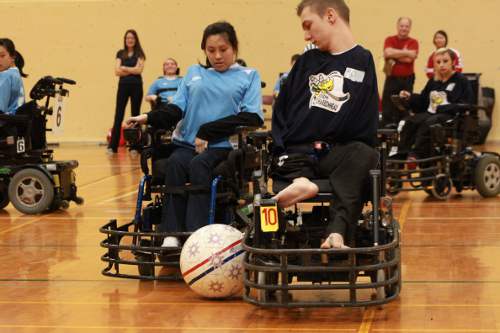 Powerchair Sports are exercise too

HOW CAN YOU SUPPORT POWERSOCCER?

You can help in any of the following ways:

VOLUNTEER - Any one with an interest in enriching the lives of people with limited mobility. No experience required, however anyone who has had previous experience in coaching/ reffing sports is very much appreciated. 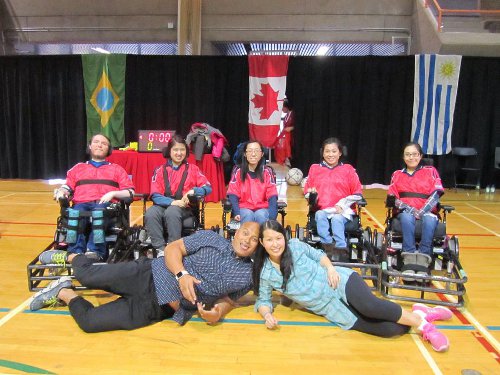 Meet the 5 Vancouver Powerchair Football athletes (Dale McLeod, Vanessa Chen, Lareina Yung, Ana Lu, Diane Lu) along with Head Coach Lianna Yung who have been selected on 2017 TEAM CANADA to represent our country at the 2017 FIPFA WORLD CUP in Florida in July.

Despite these athletes extraordinary challenges and life limiting conditions, they are determined to be their best on the world stage.

Stay tuned for more info as they prepare for this ultimate journey and travel to Orlando on July 1st.

What better way to celebrate our amazing country’s 150th birthday..... on CANADA DAY!!!

Please help us spread our campaign all across Canada by Donating, Liking and Sharing the below link:

THANK YOU FOR YOUR SUPPORT!!!!!

THANK YOU TO POWERSOCCER SUPPORTERS

The Greater Vancouver area powersoccer players would like to thank you for your support in helping these players participate in this rewarding sport. Your involvement is greatly appreciated and your donation will go towards their travel costs for the upcoming tournament. 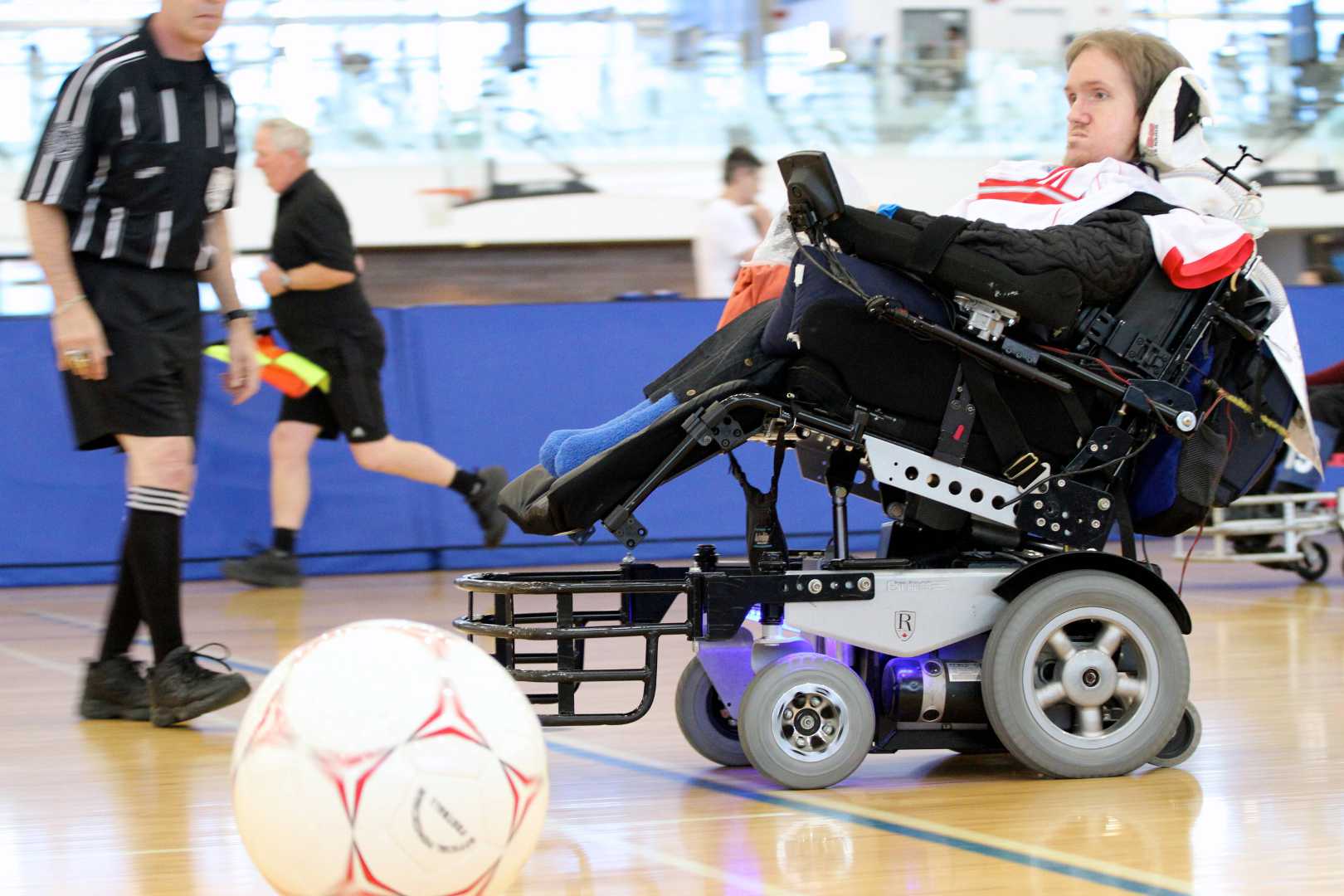 It is with great sadness that we announce that we have lost a great friend and competitor, Angus Epp on January 11, 2014.

Angus was a hard working team member of Powersoccer, who was incredibly committed to the growth and progress of the sport at the local, Provincial, National and International levels. He began playing Powersoccer in the late 90's for the Vancouver team. In 2002 he and his father Gord founded the Surrey Transformers, a forceful team at B.C. Provincials and in the lower mainland league. He later moved onto the North Shore Eagles team. He competed in numerous tournaments and promoted the sport in many areas in BC, Washington, Oregon, California, Arizona and Georgia.

In 2004 Angus and his family did a road trip to Mesa, Arizona to compete at the Power Blast Tournament. With his supportive parents Gord and Cheryl, and his Aunt Shirley (the Scrabble Lady), Angus did a month long road trip to Atlanta, Georgia in 2006. While in Atlanta, Angus was part of Team Canada and part of the Canadian Delegation. The delegation helped lay the foundation for the International Rules for Powerchair Football, and this is where Powerchair Football Canada was created. In 2007 Angus travelled to Japan as part of the Canadian Delegation for the first Powerchair Football World Cup. The progression of his condition, did not hold him back in participating in the sport he loved. He continued to compete in BC Provincials, the America Champions Cup 2010, annual BC Storm tournaments in Penticton, and last year he had the opportunity to play amongst teams from Japan and Quebec at the 2013 Coastal Cup.

In April, Vancouver and Montreal players and coach Gordon Marks will be embarking to the first National team championship of the Americas Hemisphere.  This inaugural event will help to strengthen and grow Powerchair Football world wide.  Brazil has extended the invitation to not only North and South American nationals teams, but look forward to Europe and the Pacific teams join this prestigious sporting event.
This team will encounter several financial challenges to participate in this rewarding experience such as flights, registration fees, accommodations, care attendant, sports and medical equipment, etc.  If you would like to support the team, please contact Ana Lu,  email:  [email protected]
DATE:              April 24 – May 5, 2014
LOCATION:    Rio de Janerio, Brazil

Teams across BC will be participating in this annual Championship held this year in
Kamloops, BC,  Tournament Capital Centre on June 15 – 16.
For more info visit:   www.sportabilitybc.ca

Thank you to everyone who helped support the GVWESS Powersoccer Pub Night on April 13, 2013.  The event was very successful in raising funds for the local teams to travel to Kamloops for the BC Provincial Powerchair Football Championship on June 15 - 16, 2013.

A big thank you to all the volunteers and to the following silent auction contributors: 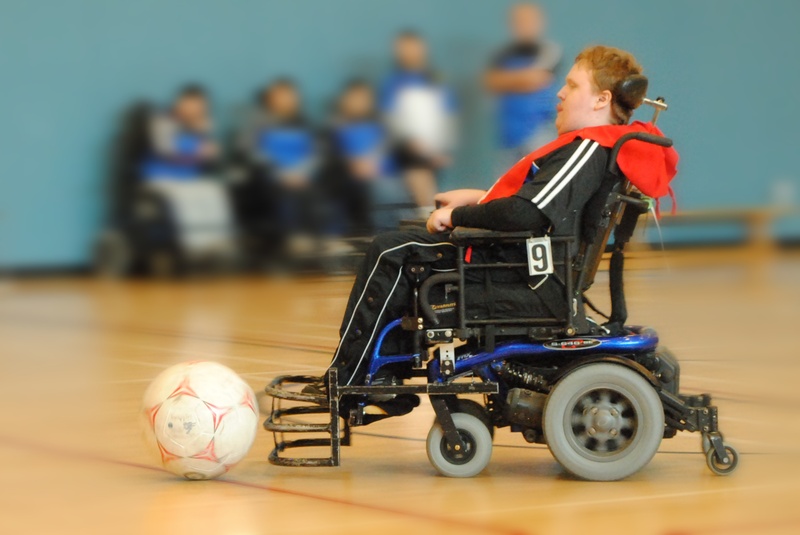 It is with great sadness we announce the passing of Stratton Whitaker.

Stratton was a competitive dependable player for the Vancouver Lightning/ Thunder Powerchair Football Team since 2000. He was part of teams that succeeded as Provincial and National Champions. Stratton was also a member of Team Canada 2011 that competed at the Powerchair Football World Cup in Paris, France. During his time playing Powerchair Football, Stratton travelled to Mesa, Arizona, San Jose, California, Atlanta, Georgia, Montreal, Quebec, Seattle, Washington, Calgary, Alberta and his native province, British Columbia. During his first travel to Mesa Stratton received his first Red Card, this matched his hair. Stratton and his witty sense of humour will be missed by all who knew him. Our prayers and thoughts are with the Whitaker Family.

Start a Free Blog at Webs.com